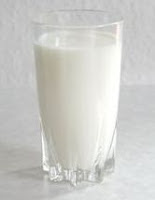 It has been suggested that gene-environmental interactions (epigenomics) play a role in allergy in early life.

Their symptoms resolved when formula feeding was stopped, and the symptoms were thought to indicate an allergy to cow's milk. However, the researchers concluded that the most likely diagnosis was FPIGS. Since the symptoms developed at different times, the genetics may play a role.

I am not sure that one can make any firm conclusions from these cases though. It is also worth mentioning that FPIGS is not considered a "true" IgE-mediated allergy.