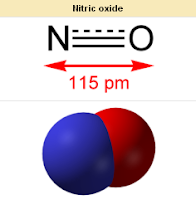 Exhaled nitric oxide (eNO) is a noninvasive marker of airway inflammation in asthma.

Spirometry, impulse oscillometry, and eNO measurements were performed before and after methacholine inhalation challenge (bronchoconstriction phase) and after beta2-agonist inhalation (bronchodilation phase) in 62 children with asthma, 13 "wheezy" children, and 17 healthy children.

eNO recovered to the previous level immediately after beta2-agonist inhalation.

The study authors concluded that the eNO level decreases after methacholine inhalation challenge. This decrease primarily depends on bronchoconstriction of the small airways. 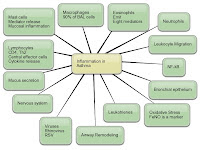 If methacholine challenge is negative but FeNO is higher than 30 ppb, perform adenosine challenge to rule out asthma (Ann of Allergy and Imm, 2012).