From Current Opinion in Allergy and Clinical Immunology: 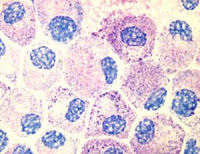 The seminal work on histamine was published in 1910, but histamine was not identified as a mediator of anaphylactic reactions until 1932. Histamine is a major mediator responsible for the symptoms of allergic rhinitis, with its activities mediated through 4 G protein-coupled receptors. Most of histamine's effects are exerted through the H₁ receptor, but some effects are through the H₂ and H₃ receptors, and possibly also through the H₄ receptor (source: The basics of histamine biology. Lieberman P. Ann Allergy Asthma Immunol. 2011 Feb;106(2 Suppl):S2-5. Epub 2010 Sep 16).
What is Siglec-8 receptor and how it works?


Activation of Siglec-8 causes apoptosis of eosinophils.
Siglec-8 receptor might act as an inhibitor of mast cell degranulation. Sialic acid binding Ig-like lectin 8 (Siglec-8) has also been designated as CD329. Siglec-8 ligation inhibits eosinophil functions. Incubation of eosinophils with Siglec-8 binding monoclonal antibodies under cross-linking conditions caused rapid and profound caspase-dependent apoptosis, and this response could not be rescued by the survival-promoting cytokine interleukin (IL)-5. Activation via Siglec-8 could be used to inhibit eosinophil survival in vivo, providing a novel strategy for reducing or inhibiting these cells in allergic diseases.

Mediators released from mast cells
Preformed mediators (from the granules):