Should all patients with severe asthma get tested for AAT deficiency? 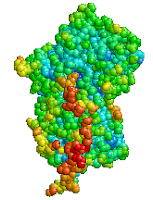 There is an uncertain relationship between severe AAT deficiency and asthma. Studies have not shown an increased prevalence of AAT deficiency among asthmatics. There is no association of alpha-1 antitrypsin Pi variants such as Pi MZ or Pi MS with more severe asthma.

Should patients with severe asthma get tested for AAT deficiency?