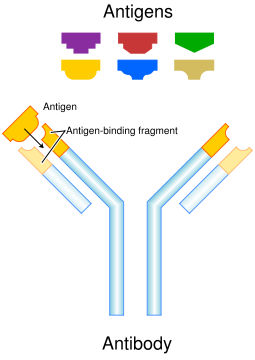 Baseline characteristics of the study group

This Dutch study included 45 males suspected of having POIS:

- 58% of them had an atopic constitution
- 56% had a lifelong premature ejaculation, defined as self-perceived intravaginal ejaculation latency time (IELT) of less than 1 minute.

In 87% of men, POIS symptoms started within 30 minutes after ejaculation.

Local allergic reactions of eyes and nose were reported in 44% and 33% of subjects, a flu-like syndrome in 78% of subjects, exhaustion and concentration difficulties in 80% and 87% of subjects.

Of the 45 included men, 33 subjects consented to skin-prick testing with autologous diluted semen. 88% of the 33 men had a positive skin-prick test with their own (autologous) semen.

The combination of allergic and systemic flu-like reactions post-ejaculation together with a positive skin-prick test in the majority of males underscores the hypothesis of an "immunogenic" etiology of POIS. POIS could be caused by Type-1 and/or Type-IV allergy to the males' own semen, as soon it is triggered by ejaculation.

Two males with POIS were successfully treated by hyposensitization with autologous semen, which supports an immunogenic/allergic etiology and underscores the clinical implication for immunological sexual medicine.

Some poor men are apparently allergic to their own semen. LA Times.

Men, do you suffer from flu symptoms after sex? You could be allergic to your own semen. Daily Mail.

Postorgasmic Illness Syndrome (POIS) in a Chinese Man: No Proof for IgE-Mediated Allergy to Semen http://bit.ly/1KwRzRl
Posted by Author on 5/09/2011