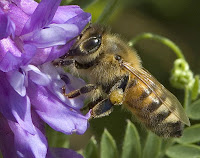 Yellow jackets are carnivorous, scavengers, highly aggressive, stings more frequently in autumn, nests are in the ground and in cracks in buildings.

Yellow hornets (aka aerial yellow jacket, so similar behavior) are aggressive esp with vibration, nests are in trees and shrubs.

White-face hornet have black and white color, three white stripes at end of body, omnivorous, aggressive and can squirt venom from stinger into the eyes of nest intruders causing temporary blindness.

Paper wasps have nests in open combs located in eaves of the house, not as aggressive, feed on other insects and have dangling legs.

Fire ants bite to get hold, sting from abdomen, will sting repeatedly nearby and live in colonies nested in the soil that can be 1-2 ft in diameter.

Fire ants are distributed in the southern sections of the US and leave sterile pustules that are clustered, develop 24 hours after sting and are due to alkaline pH - image from Akin: https://twitter.com/MatthewBowdish/status/956247782704136192

Honey bee venom: major allergens (phospholipase A2 - Api m1); each sting ~50mcg of venom, small subset of patients monosensitized to minor antigens and may not respond to venom IT as well and have a higher relapse rate after d/c IT.

Antigen 5 is major vespid allergenic protein; there is extensive cross-reactivity within subfamily Vespinae (yellow jackets & hornets), but not much with Polistinae (wasps).

Skin testing is preferred, but now people often use blood test first plus serum tryptase, and then skin test to negative venoms from blood work.

You definitely want to consider basal serum tryptase in patients with anaphylaxis, especially with severe or hypotensive reactions and negative test results, to look for systemic mastocytosis.

Small subset of patient with convincing history are negative to both blood and skin testing (~1%). So, you can repeat testing 3-6 months later.

5-10% of patients with large local reactions will progress to systemic symptoms on subsequent sting.

Venom IT may reduce large local reactions. May be useful in pts with high frequency of stings, extremely large locals, personal h/o CV disease and/or to alleviate patient’s anxiety.

Also, those above age 16 with cutaneous reactions are unlikely to go on to systemic reactions and venom IT not necessarily indicated (based on each patient's individual risks, however).

In systemic reactions, venom IT is indicated for reduction of future risk of anaphyalxis: https://twitter.com/MatthewBowdish/status/956253452329353217

2017 Parameter Update: "...in patients receiving IT, there is limited and conflicting evidence that these medications increase the risk of anaphylaxis."

Risk of systemic reactions to venom IT: