Chitin (C8H13O5N) is a long-chain polymer of a glucose derivative. It is the main component of the cell walls of fungi, the exoskeletons of arthropods, such as crustaceans (crab, lobster and shrimp) and insects, including ants, beetles, etc. The English word "chitin" was derived from the Latin word "chitōn", meaning mollusk. Chitinases are digestive enzymes that break down glycosidic bonds in chitin. 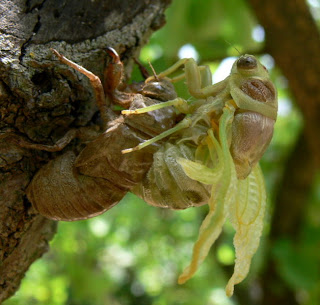 Chitinases are digestive enzymes that break down glycosidic bonds in chitin. Because chitin composes the cell walls of fungi and exoskeletal elements of some animals (including worms and arthropods), chitinases are generally found in organisms that either need to reshape their own chitin or to dissolve and digest the chitin of fungi or animals (source: Wikipedia).

Bronchial remodeling, including increased bronchial smooth muscle (BSM) mass, contributes to bronchial obstruction in asthma. A role of the chitinase 3-like 1 protein (YKL-40) has been evoked in asthma.

This study from France enrolled 40 patients with asthma. Bronchial specimens obtained by fiberoptic bronchoscopy or lobectomy, and cell proliferation was assessed. The involvement of protease activated receptor (PAR)-2 and YKL-40 was analyzed in both asthmatics and controls.

This study suggests that YKL-40 promotes smooth muscle cell proliferation and migration through a PAR-2–dependent mechanism.