How useful are prebiotics, probiotics and synbiotics in allergic diseases? 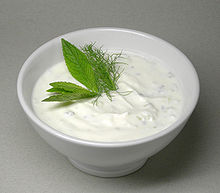 With the advent of the hygiene hypothesis, probiotics have provided an avenue of hope in curbing the allergic epidemic. The initial enthusiasm has been tempered by the complexities of this approach.

Definitions of probiotics, prebiotics, and synbiotics

Probiotic: "A preparation of or a product containing viable, defined microorganisms in sufficient numbers, which alter the microflora (by implantation or colonization) in a compartment of the host and by that exert beneficial health effects in this host."

Prebiotic: "a non-digestible food ingredient that beneficially affects the host by selectively stimulating the growth and/or activity of one or a limited number of bacteria in the colon." This definition more or less overlaps with the definition of dietary fiber, with the exception of its selectivity for certain species.

Synbiotic: a product contains both probiotics and prebiotics.

At this stage, the effects of prebiotics, synbiotics and postbiotics are even less clear.

Microbiota modulate immune development and can prevent the allergic phenotype but the optimal way of achieving this is unclear. Supplementation with a single probiotic strain may be oversimplistic.

Given the current level of evidence, it is not appropriate to recommend prebiotics/probiotics/synbiotics or postbiotics as a part of standard therapy or for the prevention of any allergic conditions.

This 2012 study found beneficial effects: Protective effect of Lactobacillus probiotic against eczema in infants persists up to age 4, including for rhinitis.

Email ThisBlogThis!Share to TwitterShare to FacebookShare to Pinterest
Labels: Probiotics